I was trying to add Tomcat 7 in my Eclipse in Ubuntu. When I click "Add new server" in Eclipse and select "Tomcat v7.0 Server", the field "Server Name" is blank and I cannot type in anything in that textbox as shown below: 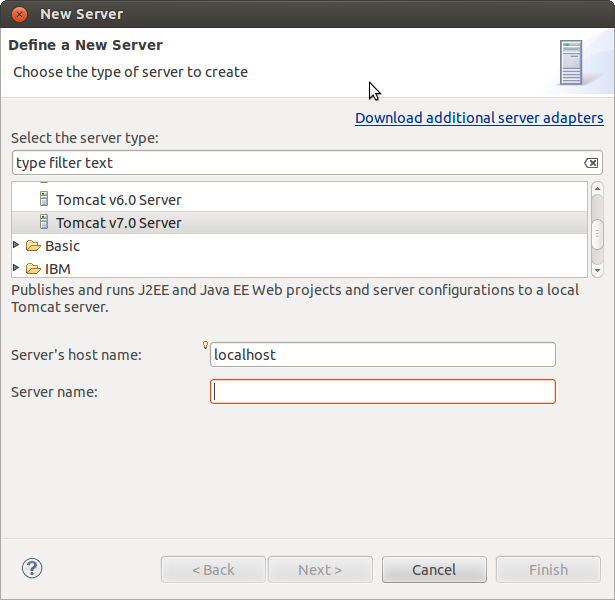 It is a bug in Eclipse. I had exactly the same problem, also on Ubuntu with Eclipse Java EE Juno.

Here is the workaround that worked for me: 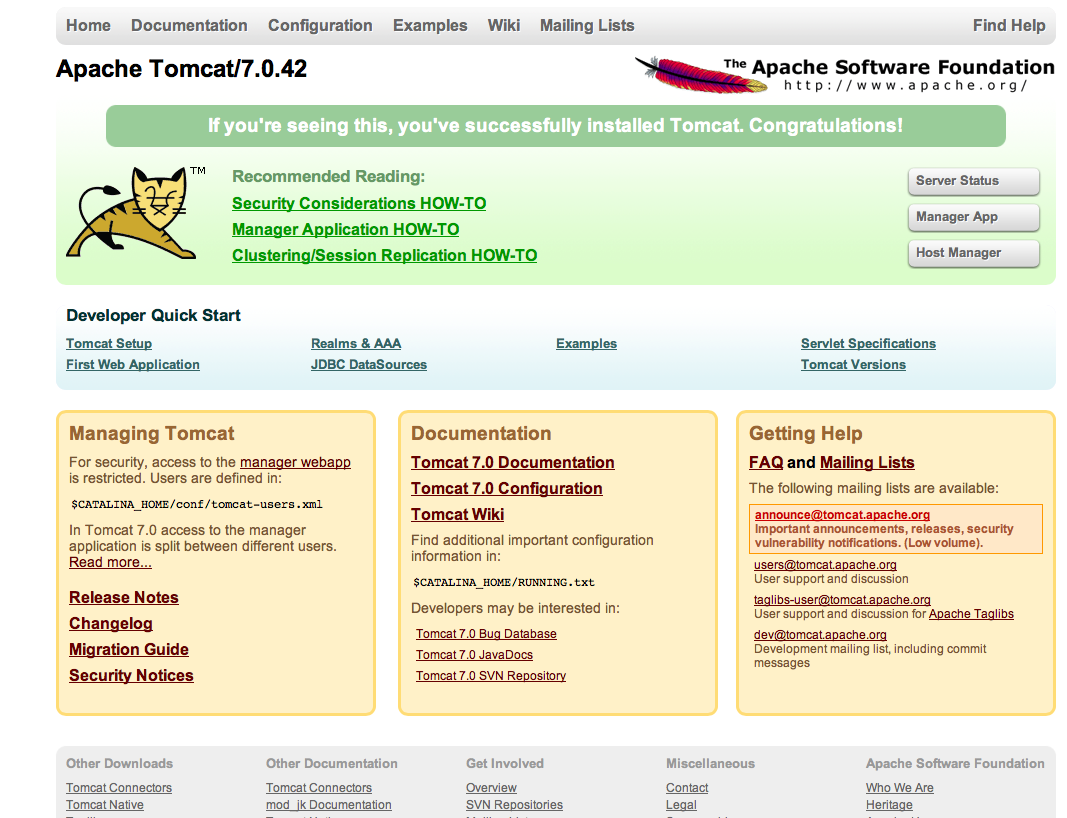 These simple steps have been tested building Audacity 2.x on Ubuntu 11.04 (natty) and onwards including 13.04 (raring). The steps should also work with appropriate modification on most other Debian-based systems and for most legacy 1.3 versions of Audacity.

Open a terminal and type the following commands:

This should now give you the Audacity program at usr/local/bin and the plug-ins at usr/local/share/audacity.
On occasions, changes to latest Audacity HEAD may require you to regenerate the configure file before running it. To do this

When trying to build wx under 10.6 you might - on certain machines - end up with errors like this:

The reason is that the default compiler on 10.6 is gcc 4.2, and if you are on a Core 2 Duo which is 64-bit capable, you end up compiling Carbon-only 2.8 for 64 bits which fails, due to the lack of 64-bit Carbon support. If you want 64-bit wxWidgets on OS X you'll need 2.9+ and configure -with-osx_cocoa - see below; but remember that 2.9 is not an official, stable release and wxOSX/Cocoa is not yet complete.

So, to compile with 2.8 on a 64-bit Mac, you have to explicitly indicate the architectures you want:

This makes the library and samples build nicely for Intel 32-bit targets, and you can also add -arch ppc to the arch_flags so that you can build universal binaries. 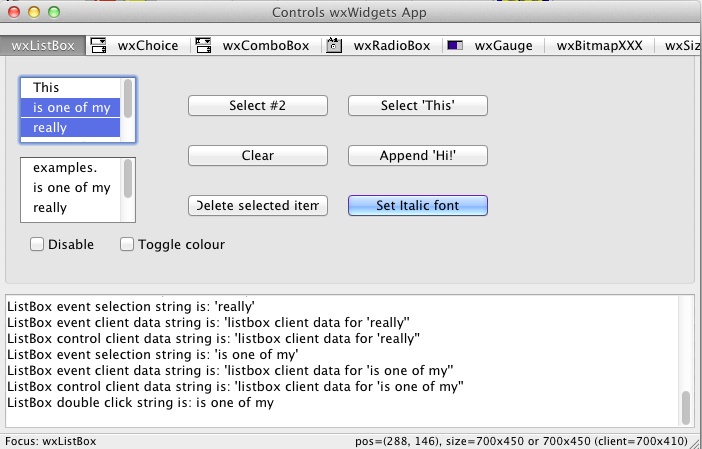 First of all let's overview the structure of a typical Android app containing native code: 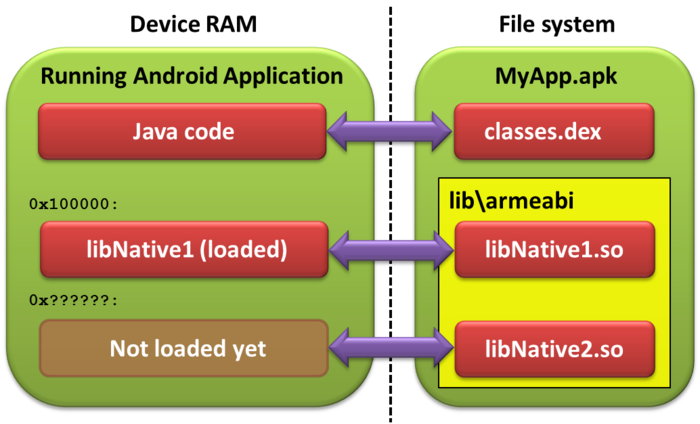 The app code is stored inside an .apk file that is essentially a ZIP archive containing the classes.dex file (with all the Java code) and one or more native libraries in lib\<EABI name> subdirectory. The typical lifecycle of an application with native code is the following:

Each native library exists in 2 versions:

When you set a breakpoint on a given line of a source file, the GDB debugger needs to perform certain computations before the breakpoint can be physically created and starts triggering. Assume libNative1 is loaded at address 0x10000 and the user is setting a breakpoint in line 24 of c:\main.cpp. GDB will do the following before it can set a breakpoint:

If any of the 3 steps fail, the breakpoint will not be created, or will be created wrongly and will never be hit. The next section explains how to diagnose and fix the related problems.

This section provides detailed instructions how to check for the most common problems with breakpoints caused by non-standard configurations or missing files:

A. Ensure that the library is loaded

First thing to do is to determine if the native library has been actually loaded and if GDB knows about it. It is done by running the "info shared" command in GDB: The output from the info shared command should include 3 important lines:

Here's an example of those lines:

If some of the libraries are not present, you can force GDB to manually reload the symbols by running the following command in GDB:


If your .so library (e.g. libMyAndroidApp.so) is listed, but the symbols are not loaded ("Syms read" states "no"), GDB was not able to find a non-stripped version of the library. To fix it please run the "show solib-search-path" command in GDB:

The obj/local/armeabi directory of your project should be present among the reported directories and it should contain the .so file with symbols. If not, copy the correct .so file into a directory listed here and rerun the "sharedlibrary" command.

You can alternatively force GDB to search additional directories for the .so file using the set solib-search-path command.

If your .so library is not present in the list, it has not been loaded by the Java code yet. Please ensure that System.loadLibrary() is called from your Java code and that it succeeds without any Java exceptions.

B. Ensure that you are using correct file paths

Those problems can be diagnosed by looking into the source file lists and comparing them with the file used to set a breakpoint. First of all, remove your breakpoint, try setting your breakpoint again and watch what GDB command is issued by your IDE:

The -break-insert command used to set a breakpoint will specify a path to your source file.

Run the "info sources" command to see the source files discovered by GDB:

Copy the output of the command to the clipboard (Ctrl-A, Ctrl-C), paste it into a text editor and search for the source file you are trying to debug (e.g. MyAndroidApp.c):

If the file is not present in the list, you have loaded a wrong version of the .so file (see previous section). If the file is present, but the path is different from the one used in -break-insert command, you have found the cause of your problem. Rebuild your app using the new path, or move the file back to an old location so that the path used for creating breakpoints matches the path reported by the "info sources" command.

Note that GDB requires the file path to be EXACTLY the same as reported by "info sources", including double slash before "jni".

C. Recheck file versions and do a clean build

If your breakpoints are set, but never hit, there is probably a mismatch between the .so file version loaded into the Android application and the .so file version used by GDB to compute addresses from source lines. The most common cause for it is the bug in the Android loader that loads the armeabi library instead of the armeabi-v7a version. If you suspect this to happen, change your build configuration to build either armeabi, or armeabi-v7a platform, but not both at the same time and rebuild your application.' 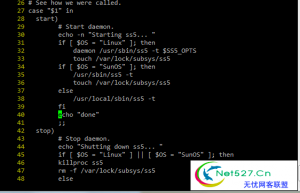